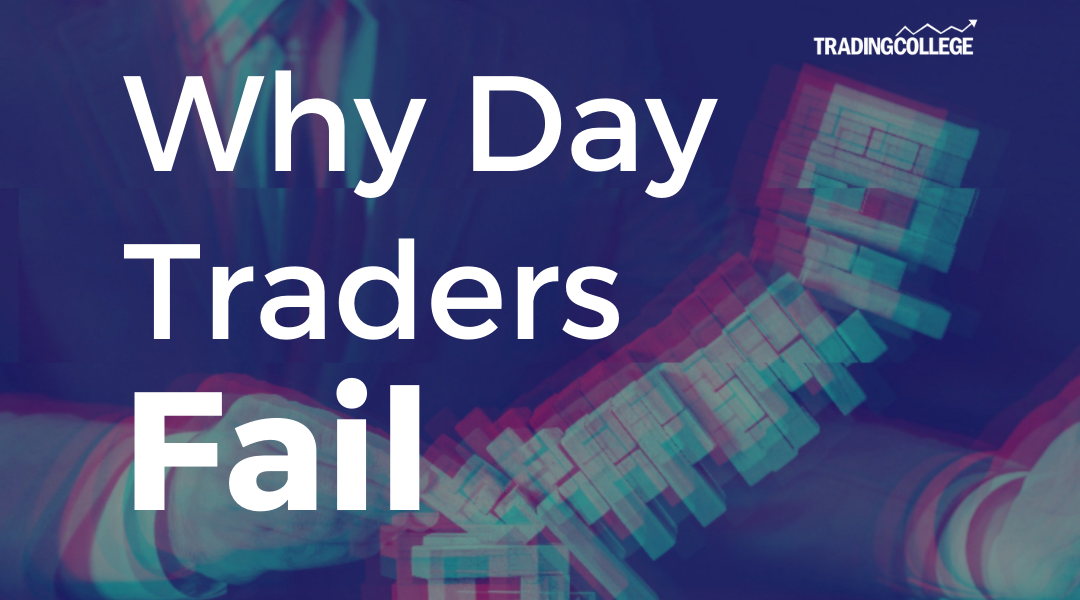 Hello there. Today I’m going to be talking you through a few of the main reasons why some traders run afoul of the market. How do I know? Well, let me start by saying that when I first began day trading, more than 13 years ago, over the course of about 18 months I failed as well. I didn’t properly educate myself on the subject, I didn’t understand what I was doing and I didn’t even realize what trading was all about. I couldn’t speak the language of trading and just wasn’t aware of how the markets tick.

So what changed? How did I turn things around? Well, firstly, I invested several thousand pounds, went over to the US, and got myself a mentor. This changed everything. There was no more pain, no more wondering what this game was all about, and over the next few paragraphs, I’m going to share with you what this tumultuous experience has taught me as well as, hopefully, how you can avoid making these same mistakes.

Okay. So back to the big question; why do some traders fail? Well, first things first, they’ve not set any risk parameters. They’ve come into this business, pretty foolhardily, and have not fully appreciated the degree of risk involved in trading. Now I recently spoke to IG Index, which is a broker here in the UK, and they told me that at that time nearly 70% of traders trade without a Stop-Loss in place. If you’ve never heard of this term, a Stop-loss (or a Stop Order/Stop-Market Order) is an automatic order that an investor can place with the broker that instructs them to sell a security when it reaches a preset price limit. Without this in place if the trade goes against you and you’re wrong then there is nothing to get you out of that.

No matter whether it’s skill, luck or knowledge that you’ve got on your side, you will always be wrong at least once in your trading career. Fundamentally, trading the markets should not be about being right or wrong. It’s about making money. So these traders who are acting without a Stop-Loss in place, they’re gambling; they are risking way too much for their account size. They might as well just go down to the horse races or the casino. I’m sure it’s exciting, if it goes right it must be downright exhilarating, but it is also incredibly perilous and it is simply not what trading should be about.

If you’re going to come into this world then take it seriously; become a business, make it a business and have proper risk parameters. If you take care of the risk, if you look after your risk per trade and you’re not risking all of your account every time you trade then you will be better prepared than 70% of the traders out there in the first place. Look after the risk and the profits will take care of themselves.

This one is a real tragedy. When people come to us at Trading College, especially when they come to the Ultimate Forex Apprenticeship, which is a two day event we run, they’ll say “I can’t make money trading. I don’t know what the problem is.” Then on Day 2, when we do our live trading session which is a mock-up of the live markets and we get people into groups and they start trading, they become adamant that they’re right in trades all of the time.

So I ask them what their strategy is and, maybe after a bit of bluster, you pretty quickly find out that they either don’t have one or they do but they definitely aren’t following it. Now a strategy is simply a process. If you get good at following the process, then you can make some very good money. For example, like him or not, imagine you’re internationally acclaimed football manager Alex Ferguson and you’re managing the Manchester United team and at half-time, your side is losing One-Nil.

Well, they don’t have a process; they don’t have a set of rules which they can follow when a strategy has been set up correctly. This is where the stress comes into trading. People have a trading account which is up and down all over the place. We don’t want that. We want a nice, steady equity curve; sure we want to grow that account steadily but also we want to enjoy doing it. We don’t want to have any stress.

So have a strategy, whatever it is, and make sure that you know why and what you’re doing with that strategy.

Let’s start with the wrong markets. There are so many markets to trade on: Forex, commodities, stock indices, UK or US or global stocks and equities. You can trade virtually anything. Now the best place for beginners, I think, is the Forex market. However, the best place for experienced traders is also the Forex market. Why is that? Well, as I’ve said before, this is because Forex is where most novice traders start and we’re going to take advantage of those novice traders.

That might sound a little harsh but it’s the truth; most inexperienced and uneducated traders don’t get it right so we take the other side of that trade.

Now onto timeframes. First ask yourself, do you have a full-time job? When are you going to commit to trade in the market? Is it going to be in the morning or are you going to do this in the evening? Perhaps you want to become a day trader where, for example, we’ll get into my Live Trading Room at nine o’clock in the morning, we’ll trade for an hour and a half and we’re done by 10:15am maybe 10:30am. It’s great. In the summer, we can go off to play golf, spend time with the family; do whatever we want. Maybe you’re somebody that just wants to sit back a little bit, place a trade, let that account grow for a couple of weeks or months and then sell to make your profits. Only you know and only if I could speak to you and we can talk together will we be able to decide and understand what suits you specifically.

Now, when I’m teaching people on my mentorship program, we go through the profiles in detail because then I can tailor fit the strategies to suit that individual’s unique personality. So, perhaps what you’re trading now and the timeframes you’re operating in are completely unsuitable to your own personality.

The last reason why so many beginner traders fail is due to a lack of education. I mentioned this at the beginning but I’ve invested thousands of pounds to be mentored; not only just in trading but in business and many other areas of my life. It does cost money but it does pay off. To be good at something, you need to practice; you need that education. Every trader eventually needs to make that commitment but a lot of people fight that urge; a lot of people resist wanting to invest in themselves.

However, a lot of people who we had spoken to initially, who had fought the education and wanted to go it alone, we often see them in a year’s time coming back to Trading College because they tried to put the cart before the horse; they tried to trade before educating themselves on strategy and the markets so they found themselves making a lot of avoidable and costly mistakes.

So we see that a lot. Getting the education saves you a lot of money in the long run.

Okay. So that’s my top 5 reasons why I believe some traders fail. It’s not all the reasons why they can go wrong but I’ve taught thousands of traders and, as that continues, I’m sure I can keep adding to this list. If you’re interested in trading and want to properly prepare yourself then please feel free to check out our free live-streamed mini course or give our friendly team a call on 020 3005 4905 to learn more about some of the other training courses we provide.

Lee is qualified at The Society of Technical Analysts, having passed his MSTA and CFTe with flying colours.  To see Lee and our coaches use technical analysis, you can access our Live Trading Room 5 days a week. If you’re looking to step into the world of online trading, we’d like to help. We offer both courses and mentoring opportunities to help you trade with skill and confidence. Come along to our free Learn to Trade Live one-day course to really get your foot in the door! See here for more details and to find a date near you. Registration is now open for our Pro-Trader Programme! 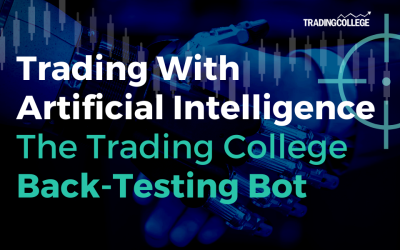 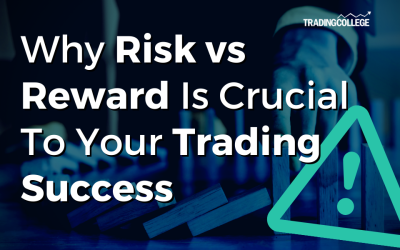 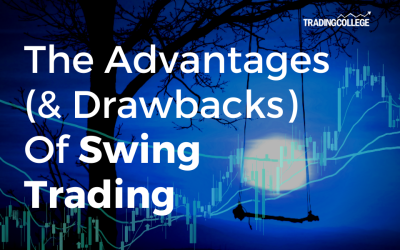