Trader of The Month 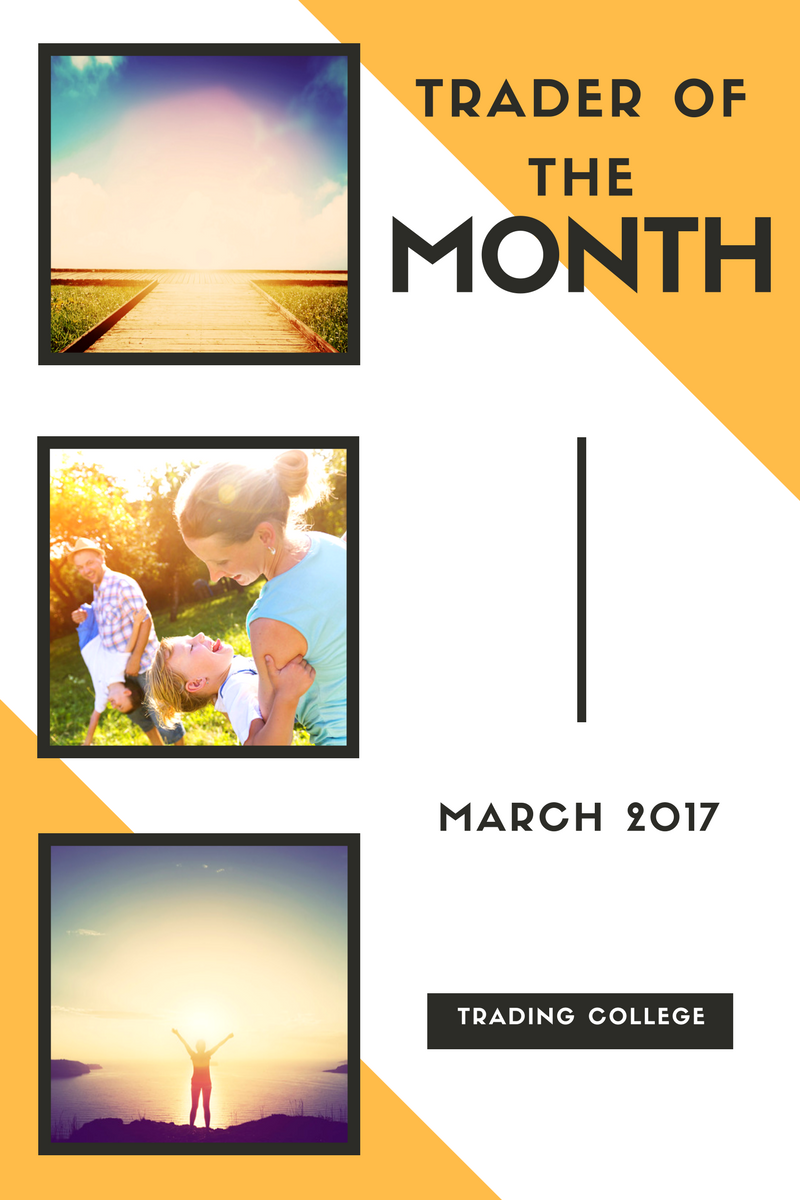 Our Trader of the Month for March is Steve Smith, one of the most courageous and committed traders you’ll ever meet. You won’t meet many people who have taken a bigger roller-coaster ride in their trading journey than Steve.
After 22 years in the same industry, Steve had worked his way up from the warehouse floor to European Sales Director. He was making an impressive six-figure salary and travelling the world, but was never seeing his wife and four children. He was ready for a major change. “I was working 18-hour days and was often out of the country for significant stretches of time. On a material level, we had a nice lifestyle, but what was the point when I never got to see the people I loved the most in the world?”
Steve’s first introduction to trading was a BBC programme that his son encouraged him to watch. He was sceptical, and when he went to a seminar offered by a broker, his scepticism was confirmed. “I saw right through it. The broker was selling the dream, but I could see exactly how they were lining their pockets by signing people up in huge numbers, people who would probably never learn to trade properly.”

The idea of trading became a family topic of discussion. Finally, Steve’s wife discovered Trading College and persuaded Steve to attend an introductory weekend with his son.

“I don’t buy into concepts; I buy into people,” says Steve. “And I immediately bought into Lee. He was a straight-up guy who called a spade a spade. Everything he said resonated with me. I knew he wasn’t selling a “get rich quick” dream. He was so obviously an educator, not a broker. He told us from the get-go, if you’re not prepared to put in the hard work you’ll never succeed.”

Steve was surprised by how many people had already tried and failed at trading, that people had risked a fortune without getting an education first. “I couldn’t understand it. If I’m going into a new profession, I don’t try and fail; I get an education first. I want to learn everything I can before I start. I was shocked to see that people were prepared to risk and lose thousands rather than invest that money in an education. I wouldn’t try to fly a helicopter before taking an intensive training course, and I felt the same way about the idea of risking my livelihood.”
By the end of the weekend Steve was ready to sign up. However, he says, “When I start something new in life, I want to give it 100%, so I handed in my notice and told Lee I would start the Mentorship in January 2016, with the ambition of making a living from trading within the first six months. Even Lee was a little nervous for me when he heard that I was going “all in” and looking to become reliant on trading within such a short period of time, but I’ve never believed in back-up plans in life. If you have an easier Plan B, you will default to it, it’s human nature to take the path of least resistance, so trading full time was my Plan A and only plan.”
Steve hit the fast track, completing about six months’ worth of training in the first two months of his mentorship. But, he soon hit a wall. ‘‘I wasn’t winning nearly enough trades. I was demoralised. Suddenly my charts were just squiggles on the screen and I was losing faith. After a consultation with Fed we decided I should just focus on three basic strategies—Attack, Attack; Free Money and Divergence—instead of trying to master them all.”

That moment marked Steve’s turning point. “This month I’m up 155% on my capital and I’m confident that this trend will continue as I finally feel like I’ve got a strong handle on my trading.”
Steve’s bounce back, after feeling like his world was imploding, has been truly inspiring to watch. He is finally living the life he dreamed of. “I’m up at 6am every day. I go down to the gym to swim and then I’m at my computer ready to trade by 7.30am. I’m done by 9am. I like to get my trades set up before all the day’s volatility kicks in. I love having the rest of the day free to enjoy time with my family. I am currently happier than I’ve ever been in my life.”

We wish Steve continued success and thank him for sharing his inspirational story with us.
This website uses cookies to improve your experience. You can opt-out if you wish, but the site will not work correctly for you. Accept Reject Read More
Privacy/Cookies Info