The Complete Guide To Trendlines & How To Draw Them

The Complete Guide To Trendlines & How To Draw Them

Spend any time studying trading the markets and you’ll quickly encounter the lines that traders draw all over their charts. But why do traders do this and what do these easily recognizable lines signify? Well, upon looking at any price chart, it quickly becomes obvious that price moves in a succession of highs and lows.

The highs and lows will often move in a definite direction and this directional move determines the trend of the market.

The highs form the peaks whilst the lows form the troughs of price movement.

Resistance works opposite to support and is an area in the market where selling is strong enough to overcome buying power of market participants and reverse the advancing prices. Supply exceeds demand at this point (Figures 1 and 2).

As we can see below, demand and supply translate into support and resistance. 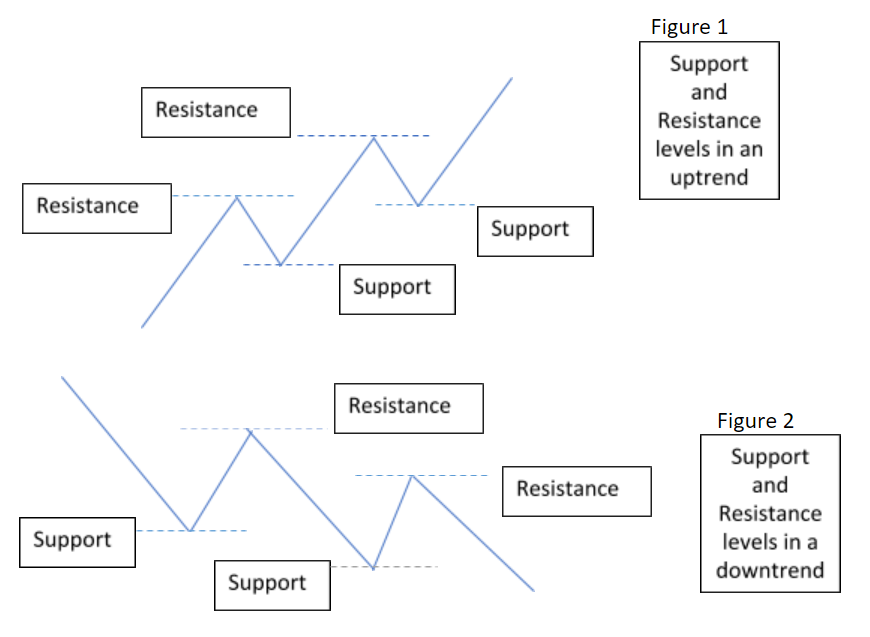 To take things one step further, we can draw lines to join these price peaks and troughs. When we do this, these are called trendlines. They join the all-important areas of support and areas of resistance. The trendline is a simple yet important tool in the technical analyst’s tool bag.

In a rising trend, the uptrend line is a straight line that is drawn upwards, to the right hand side, to connect the low points or troughs of price action. The uptrend line connects the bottoms. See Figures 3 and 4 below:

Figure 4: Trendline in an uptrend 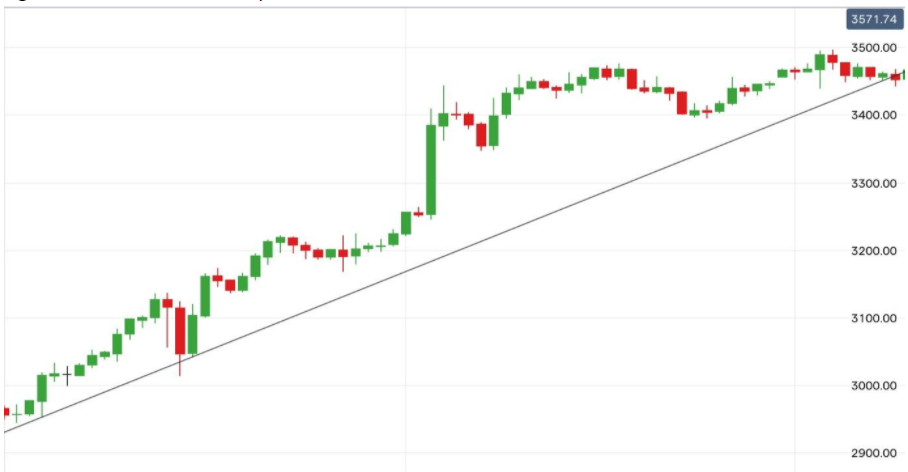 Similarly, in a falling trend, the downtrend line is a straight line that is drawn downwards, to the right hand side, to connect the high points or price peaks. The downtrend line connects the tops. See Figures 5 and 6:

Figure 6: Trendline in a down trend

For a trendline to be drawn, there must be a valid trend in place. The market must be trending.

What Trendlines Are Used For

Trendlines help us determine the extremities of corrective price movements in a market when a trend is in motion; specifically they identify areas of support and resistance. Trendlines track and identify evolving support and resistance levels in the market. For as long as the trendline remains intact and unbroken, its touches provide us with good buying opportunities in an uptrend, and good selling opportunities in a downtrend.

The break of a valid trendline is also an important event as that alerts us to possible changes in the direction of the trend.

Lastly, an important variation of the trendline to mention is the concept of internal trendlines. Internal trendlines do not rely on extreme highs or lows. Rather, they are drawn through price action itself to connect as many internal peaks and troughs as possible that lie within the same linear trajectory (Figure 7). Some traders find these very useful.

However, an obvious problem with internal trend lines is their subjectivity. Drawing them is subjective and depends on the perceptions and imagination of the person drawing them. This is unlike the more conventional trendlines described above which are more precise as they are drawn along the extreme highs and lows.

Figure 8 highlights the difference between an internal trendline and a support and resistance line.

Full details of our Pro-Trader Programme can be found here and to read more about our comprehensive Mentorship Programme, please click here.