November: Trader Of The Month

Congratulations to our student Bob Zierer for being awarded this month’s Trader Of The Month! Originally from North London, Bob now lives out his retirement in St Albans with his partner Denise. He describes himself as, “…a student trader, a world adventurer and a novice bass guitarist”, not typically what springs to mind when you think of retirement! 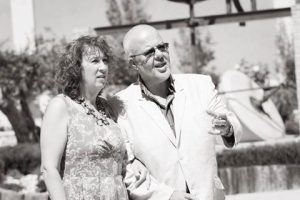 With an impressive career history as a design engineer, sales and marketing expert and secondary school teacher. Bob is now enjoying retirement and living life to the fullest! He supplements his pension and funds his adventures through trading. A perfect example of how trading can provide a secondary income and fund the lifestyle that you want.

In March, Bob used his trading profits to take a 30 day trip to Sri Lanka with his partner. They travelled around the country and were particularly fond of the rural areas where they got a glimpse of the culture and gentle way of life. Their trip was spent exploring the beautiful temples, national parks, elephant sanctuaries and being immersed in the Sri Lankan culture. 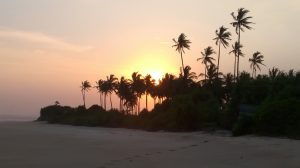 More recently, from June to August, this adventurous couple took a long round trip around France, Portugal, and Spain. “Mobile 4g is excellent around Europe, I was trading from the passenger seat of the car. Making money on the go! It all started when we were invited to a wedding in Seville and I thought… ‘We should drive there!’ All of a sudden we were planning to visit friends we haven’t seen in a while and it became a 90-day long road trip!”  Both trips for the couple were funded through Bob’s trading profits and they are now planning their next trip to Spain to help a friend convert a rural farm into a holiday home.

Bob shares how he first became interested in trading, “It was the summer of 2014, I was at a barbeque and there were people huddled around this guy. I joined the huddle. He was a Forex trader and he was telling us that the Dollar was as high as 2009 and that he was going to ‘Short’ it on Sunday. I didn’t think anything of it. Many months went by and I ran into him again and remembered our conversation. I asked how the trade went, and of course, he had made big money as Cable was around 171.00 back then.
This piqued his curious nature and he thought, “What knowledge can I acquire, what skills and technique do I need to be able to do this? If he can do it, I can do it. Around Christmas 2014, I thought it was a good idea to investigate trading. By January 2015, I had funded by first trading account and I managed to double my account with my first two trades! This was the worst possible thing that could have happened because it made me believe this was easily achievable all of the time. I lost it all over the next 8 weeks.”
Bob proceeded to start again but only lasted around 6 months when he realised that he needed to learn how to trade properly. He started reading and researching trading education companies and came across a video of about the MacD indicator on Youtube. But before it ran ‘Lee Sandford’ popped up in a little box and he listened. This resulted in Bob attending a Trading College course at the London Mondrian Hotel in November 2015. Prior to starting his Mentorship, Bob signed up for the Pro-Trading System course and Live Trading Room. Bob knew to further his trading success, he needed more coaching and guidance, so decided to enroll in the 12-month Mentorship later the same year.

Bob has now completed his Mentorship and is on the Fellowship Programme which is an exclusive membership for Mentorship students who have successfully completed their training. Bob says, “Since joining the Mentorship, I’ve had to wrestle with my temperament and impulsive nature. I didn’t start off well, but I slowly started to apply myself and use the courses in the portal. I attended the swing club sessions and started listening and bonding with other traders – that’s when I started to make progress.” Bob describes two posters he has on his wall where he trades. One says ‘Spot the pattern, apply the process, take some profit, define/remove the risk, set some targets or let it run, manage profit and repeat.’ The other says, “Bank your day’s money and stop trading.’ “I have to say, when I follow these rules, I make money.”
We asked Bob for his advice to other traders. “Trading is an exciting risk management game played with a wild beast with play or real money. If it’s real money, you better have had lots of practice and know what you’re doing as it is the market’s job to take it away from you. The best that you can hope for is to spot a pattern that provides a high probability opportunity and act on it the way that you have been taught. I think it’s vital to surround myself with a supportive group. Birds of the same feather, we flock together. It’s good to be part of a group of people with the same mind, the same hopes, and the same irritations. Continuing my education with Trading College has made perfect sense to me.”

Bob goes on to express, “Trading College has to me, become a world-class organisation, where all of the students and coaches trade from one platform and speak the same language. It’s as good as it gets with a 24 hour Live Trading Room, the learning hub is slick and well organised too. The Monday and Wednesday evening sessions are like gold dust. Mentorship Days are sociable, educational and fun. I have had my moments where I have wanted to give up, but with all of the support, I have weathered through and become profitable. My long-term goal is to become consistently profitable with more day trading in the mix to secure my daily income. This is the next level for me.” 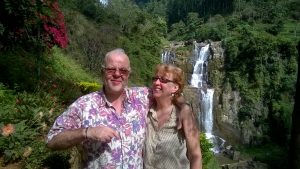 Thank you, Bob, for taking the time to talk to us about your travels and trading. You are a great example of how trading is achievable for everyone with the right knowledge and tools and how trading can be used to fund the lifestyle that you want!