February’s Trader Of The Month 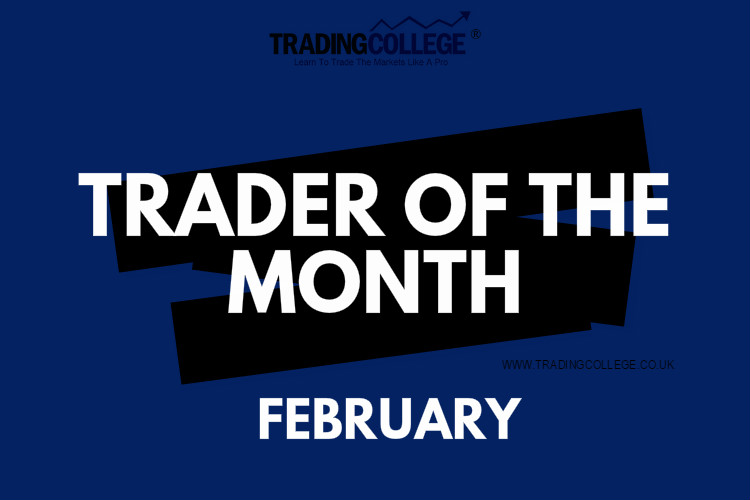 Our Trader of the Month for February is…

Sally Moore. She is also our very first female trader of the month. Congratulations, Sally!

Born in Manchester, Sally originally qualified as a teacher in Liverpool, and began her career teaching Science and Geography. She later went into teaching children with special needs, including some with severe disabilities. She describes this as one of the most rewarding times of her life. Unfortunately, Sally fell ill with ME (Chronic Fatigue Syndrome) and had to stop working for a few years. She was in and out of hospital, struggling to stay on top of her life and look after her young son.

When Sally finally felt well enough to work again, she knew she needed a career that gave her flexibility—because she still had to manage her energy levels carefully—and one that she could do from home. When she stumbled across one of Lee’s seminars online, she was intrigued and immediately signed up for a two-day introductory course.

That weekend, around two years ago, completely changed Sally’s life. She loved every minute of it and bombarded Lee with questions. “I just couldn’t shut up, I was so excited about it,” says Sally. “What I loved about Lee was that he was so sincere and down to earth. He didn’t oversell anything or make false promises. He seemed much more genuine that most of the trainers I’d seen advertising on the Internet.” Sally immediately signed up for the mentorship course.

Lee introduced Sally to “Elliott Wave Analysis” and this became her speciality. She was fascinated by Elliott Waves, which, she explains, “run through everything in life, in nature, in human behaviour… everything. From seashells to galaxies, we can see the presence of Elliott Waves. As an old hippie, I instantly connected to this principle. I was intrigued to study how it’s applicable in trading because of the way it can be seen in human behaviour. Our collective optimism and pessimism goes in waves. The hopes and fears of people, the greed that drives them, their confidence… it all goes in waves. And because people are the ones who are trading, these waves are reflected in the markets, too.””

Sally was so fascinated in Elliott Wave Theory she decided to study it in a formal capacity and recently qualified as a Level One Elliott Wave Analyst. She has recently started to study for her Level Two exams. She needs 80% in order to teach courses, but if she gets 90% she would qualify as an Elliott Wave Master and become one of only six people—and the very first woman—in the world to do so! She already teaches Elliott Wave Analysis to Trading College members.

Having always been a people person, Sally says it is the community of Trading College she most appreciates, both the online and live community. “I live in the middle of the countryside so going down to London for a weekend course is quite an adventure for me.” She loves the supportive atmosphere between members and relishes her communication with them.

In the future, Sally is hoping to become a Technical Analysis trainer for Trading College and is currently taking the qualifications that would enable her to do so. She is passionate about trading, especially as it has brought her all the way back, in a full circle (or perhaps in her own personal Elliott Wave), to her first love… teaching! We wish her every success in the future and look forward to watching her progress.