Case Study: How Retail Traders Took Down A Hedge Fund

Case Study: How Retail Traders Took Down A Hedge Fund

What a week it has been for the little guy! A group of retail traders from Reddit have banded together and worked out a genius plan to attack short sellers from investment banks and hedge funds.

What Is Short Selling? 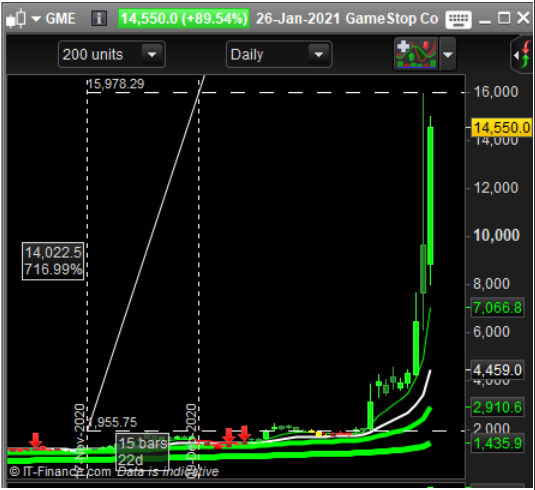 As you can see from the daily price chart the stock moved around 716% in a week!. This is not the only target as the Reddit group has its sights on Blackberry (BB:NYSE) next, among others.

What Happened To The Hedge Funds Who Were Shorting?

According to Wikipedia the fund lost 30% due to numerous short bets which went awry, including GameStop. The subreddit WallStreetBets made widespread bets that GameStop’s stock would increase in value. In January 2021, Ken Griffin’s Citadel and Steve Cohen’s Point72 invested $2.75 billion in Melvin in exchange for non-controlling revenue shares of the fund. There have been numerous reports that the fund has lost the majority of its invested money (but these are, at time of writing, unconfirmed). The Wall Street Journal (WSJ) have also noted that Citadel LLC and Point72 Asset Management are investing $2.75 billion into Mervin, an emergency influx of cash that is expected to stabilize what has been, up until recently perhaps, one of the top performing funds on Wall Street.

There has been lots of crass talk on the Reddit board with some retail traders clearly making their point that the group are out for white-collar blood. Many Redditors vowed “We want to see loss porn” whilst another user posted “We just made our own trickle down economy’. Elsewhere on social media, a well-known short selling research house has also been dragged into the debacle when Citron Research publicly stated it had placed a bet against the GME stock and that the company was “pretty much in terminal decline”. The Reddit day traders group WSB retaliated and pushed the price of the stock even further through the roof.

When the fund spokesmen began to pop up on TV, making accusations against the retail traders of stock manipulation, the Reddit group quickly responded; attacking news stations like CNBC and arguing that “We don’t have billionaires to bail us out when we mess up our portfolio risk and a position goes against us.” The user wrote “We can’t go on TV and make attempts to manipulate millions to take our side of the trade. If we mess up as bad as they [Citron Research] did, we’re wiped out, we have to start from scratch and are back to giving handjobs behind the dumpster at Wendy’s. Seriously. Mother**** these people. I sincerely hope they suffer.” Tough talk indeed. There are many, many other (factual, equally valid) points made by other users that I (sadly) cannot re-post here.

This has been an extremely entertaining story and both sides show no signs of letting up; FinTwit has been going crazy with hysteria about the GameStop (GME:NYSE) trade. The classic tale of David vs. Goliath has recreated itself online in a battle between a meme-filled message board of Millennial ‘degenerates’ and a giant Wall Street activist fund full of overly cocky capitalists. Whatever happens next, whether YOLO or bust – watch this space – it’s going to be a wild ride. 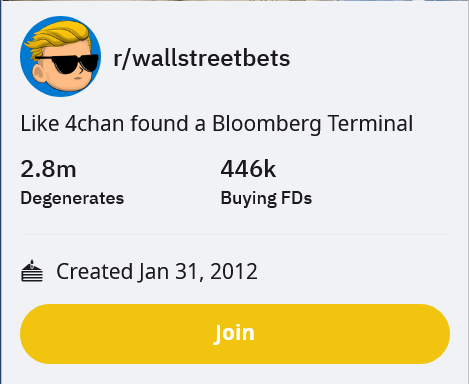 Full details of our Pro-Trader Programme can be found here and to read more about our comprehensive Mentorship Programme, please click here.